Professor David James Stuart Birch for pioneering the UK fluorescence lifetime industry through research publications and the market-leading company IBH, which he cofounded, contributing to sales totalling hundreds of millions of pounds. 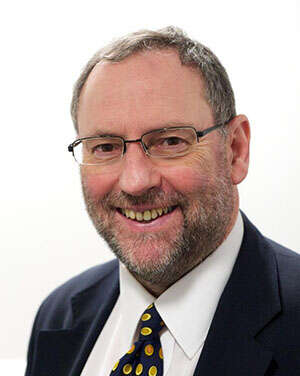 The company was one of the first Scottish university spin-outs and the founders’ vision was to create a multidisciplinary market by developing bespoke instrumentation for measuring fluorescence lifetime in what was then a specialised and embryonic area.

IBH achieved this through products driven by Birch’s publications on techniques and multidisciplinary molecular applications, demonstrating the power of the time-correlated single-photon counting (TCSPC) technique, which IBH raised to new levels of performance.

As chairman Birch led IBH’s 2003 merger with $1.8bn HORIBA. This brought to the UK the support of HORIBA’s scientific segment, growth in over 90% exports for IBH products and triggered an increase in the HORIBA-IBH market-leading share from 14 to 21%.

Glasgow-based IBH staff includes local graduates in developing new TCSPC products marketed by HORIBA. Birch’s role in bridging the university-industry divide for over 40 years has been pivotal in achieving market dominance through over 1000 user-sites, many no longer needing specialised skills owing to the user-friendly IBH instruments.

Birch’s 1975 physics PhD at the University of Manchester sowed the seeds for success when he developed a TCSPC fluorescence lifetime spectrometer with novel features destined to become industry standards.

These included the all-metal coaxial nanosecond flashlamp which eliminated rf interference problems at sufficient intensity to enable a monochromator rather than cut-off filters to select fluorescence, bringing full spectroscopy capabilities to fluorescence lifetimes.

He served as head of Strathclyde university’s physics department building up to REF 2014, the IBH impact case contributing to the department’s No.1 Times Higher Education ranking.

His contributions were recognised through a Fellowship of the Royal Society of Edinburgh in 2003, the 2017 HORIBA Lifetime Achievement Award and visiting chairs in Madras, Kyoto, Prague and Texas.