Professor Simon Hooker for pioneering contributions to the development of high-power plasma waveguides and their application to laser-driven plasma accelerators. 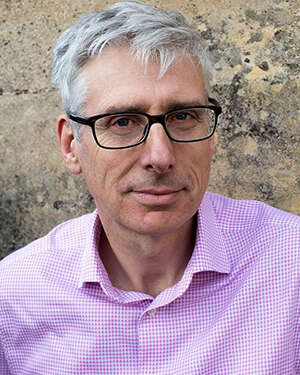 He invented the gas-filled capillary discharge waveguide based on refractive index modulation in a plasma, and used this to guide laser pulses at intensities up to 1017 W cm-2 over more than 40 Rayleigh ranges, as well as extending the gain length (and hence output power) of field ionisation lasers at extreme ultraviolet wavelengths.

He applied this novel waveguide to laser-driven plasma accelerators, achieving for the first time electron acceleration to 1GeV in collaboration with Lawrence Berkeley National Laboratory.

This widely recognised milestone was reported in The Economist as well as in scientific journals. With a stage length of only 3cm, this approach opens the way to the development of lab-scale GeV accelerators.

The applications in science and technology are numerous, from hospital-based diagnostic imaging to opening novel research fronts in high-field QED science.

The paper describing this work has been cited well over 1,000 times. Capillary discharge waveguides as developed by Hooker are used by many groups worldwide, notably in demonstrating electron acceleration beyond 4 GeV and (in a laser-modified channel) a record energy of 8 GeV.

Hooker’s most recent work has shown that plasma accelerators can be driven by a train of lower energy optical pulses, potentially allowing plasma accelerators to be driven at multi-kilohertz pulse repetition rates by capitalising on state-of-the-art laser developments and new forms of all-optical plasma waveguides.