Professor Cristina Lazzeroni for her exceptional innovation and leadership in making contemporary particle physics accessible to a large and diverse audience. 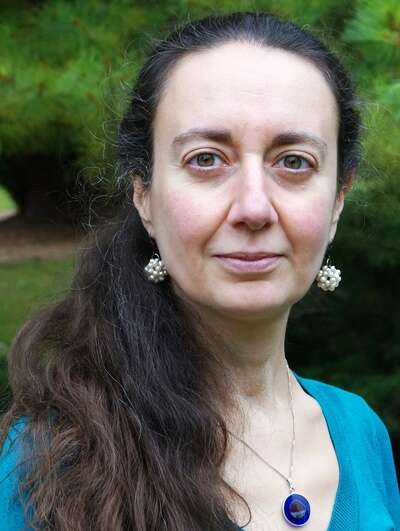 Cristina Lazzeroni is an enthusiastic and innovative science communicator, who brings the excitement of cutting-edge particle physics to a broad audience. She organises a wide range of events, designed to stimulate interactions between researchers and the public, with an emphasis on one-to-one discussion and hands-on activities. These events include exhibits at national and local science festivals, teacher masterclasses, research projects for secondary schools and adventure sessions for primary schools. Activities include experiments with particle detectors, games of chance relating to particle decays, and Feynman zoo - combining quantum field theory with drawing animals.  Lazzeroni reaches annual audiences of around 30,000.

Lazzeroni is spokesperson for CERN experiment NA62, which looks for new physics in ultra-rare kaon decays. She has been involved in public engagement since 2004, and has contributed to staging six exhibits at the Royal Society Summer Science Exhibition, acting as lead or co-lead five times. These exhibits have been the stepping stone for participation in a variety of other events, including the British Science Festival, The Big Bang Fair, the BBC's Bang Goes the Theory Live, Grantham's Gravity Fields Festival, and the science festivals of Brighton, Cheltenham and Manchester. Exhibit themes include the discovery of the Higgs boson, physics beyond the Standard Model, and matter-antimatter asymmetries.

Lazzeroni’s inclusive approach, engaging matter, tireless work and infectious enthusiasm allow her to collaborate successfully with a range of individuals and organisations. She's undertaken projects involving all nineteen UK groups for experimental particle physics, working with researchers at all levels, and leading more than 200 early-career researchers on their first steps in public engagement. In the framework of the international HiSPARC initiative, she involves secondary schools, including ones in disadvantaged inner-city areas in the West Midlands, in a research network investigating cosmic-ray showers.

Organisations with which Lazzeroni works include the Royal Society (three Partnership Grants), the Science and Technology Facilities Council (Public Engagement Fellowship), the Institute of Physics, the Association of Science Education, the Ogden Trust, the Prince's Trust the Institute for Research in Schools, the South East Physics Network, the Museum of Science and Industry, Thinktank, and Hodder International.