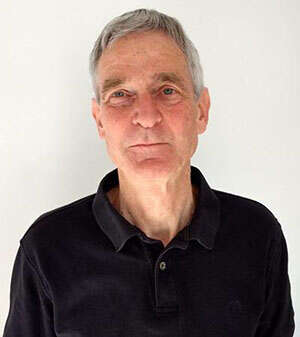 Philip Walker has made breakthroughs in both the study and exploitation of nuclear isomers – metastable nuclear states – impacting our understanding, the sensitivity of spectroscopic techniques, the prospect of high-spin radioactive beams, and recently, the exciting possibility for future energy storage and coherent gamma-ray emission.

Walker's research has focused on deformed nuclei. His early discovery of t-bands (tilted-bands) – halfway between rotational- and deformation-aligned – are paramount for gauging the limits to isomer formation. Unravelling these structures required both experimental and theoretical acuity.

A subsequent achievement was Walker's explanation of anomalously short-lived isomeric levels being a result of statistical mixing when isomers are embedded in a high density of states.

What makes Walker's research really outstanding is his astute application of newly discovered effects beyond nuclear spectroscopy, such as his work on nucleosynthesis, which was critical to explaining the abundance of nature's rarest isotope, tantalum-180.

Tantalum-180 only occurs on Earth in a metastable state and Walker drew together the pathways by which, at high-temperature, tantalum-180 can be destroyed, explaining its scarcity.

Exploiting such results, he realised the potential of mass-spectrometry using storage rings coupled to fragmentation reactions and applied this to overcome the long-time correlation problem, thereby discovering new metastable states, independent of de-excitation mode, by measuring the isomeric masses directly.

His many discoveries are motivated by the possibility of finding suitable energy traps and future 'isomer beams' – states sufficiently long-lived they can be produced and re-accelerated. Injecting such 'cold' angular momentum into a system via high-spin isomeric projectiles offers exciting new opportunities.

In 2018, Walker co-published a ground-breaking paper detailing a mechanism for the coherent emission of gamma rays using a hitherto unstudied Bose-Einstein condensate, the atomic nuclei of which exist in an isomeric state.

This was the missing jigsaw piece for the application of nuclear energy stores, which could, in principle, be triggered by a single gamma-photon. Characteristically of Walker bridging the theory-experiment boundary, an experiment to test this idea is already being commissioned.

The advances made by Walker, having already transformed nuclear spectroscopy, have the potential to reach far beyond the nuclear realm.