Professor Alexander Schekochihin for elucidating the dynamics that regulate the properties of turbulent, magnetised laboratory and astrophysical plasmas. 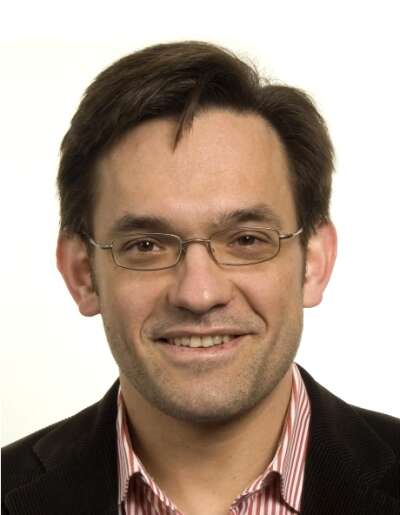 In the last two decades Alexander Schekochihin has been the primary driving force in showing that the text book description of quiescent, near-thermal-equilibrium plasmas is essentially irrelevant. Indeed, all plasmas in astrophysics and the laboratory are permeated by small-scale plasma turbulence which regulates the large-scale dynamics and transport properties. For example, the amplification of magnetic fields and the reconnection (destruction) of magnetic fields are mediated by micro-instabilities.

Schekochihin has clarified mechanisms for dissipation of energy via turbulence in plasmas from the solar wind to the tokamak. A fundamental problem that is critical for fusion and astrophysics is the collisionless damping of turbulence in plasmas. Linear plasma waves are known to be damped via particle phase mixing a process called ‘Landau Damping’. But how effective is it in a turbulent plasma? Schekochihin identified this fundamental problem and the possibility of turbulent suppression of the damping in a path breaking paper. A recent numerical study has confirmed that the suppression of the phase mixing essentially ‘fluidises’ the turbulence. Arguably this is one of the most important results in plasma physics in two decades.

Plasma turbulence is notoriously complex and there is a danger that the subject becomes opaque to all but a handful of experts. Fortunately, Schekochihin has developed and applied simple intuitive ideas to characterise the structure (e.g., critical balance) and dynamics (eg subcritical turbulence). Much further physical understanding of turbulent plasmas is needed and Schekochihin will undoubtedly be leading the effort.

In addition to his research accomplishments, Schekochihin has formed and led a world leading plasma physics group at Oxford and, together with W Dorland, brought the Journal of Plasma Physics back to prominence.